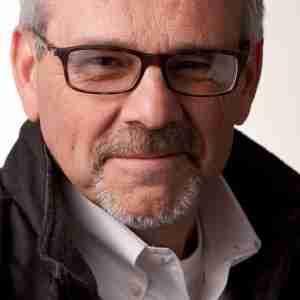 If you have ever wanted to understand how the healthcare system works, today’s podcast with author Dan Munro is a good place to start. As a Forbes contributor, Dan has written countless articles on healthcare policy. His book, “Casino Healthcare: The Health of a Nation: America’s Biggest Gamble” is a culmination and extension of what his research uncovered on the subject of the U.S. healthcare. Interestingly enough, he says even after the election, virtually nothing has changed from the time he published the book in 2016. Travis Good sits down with Dan to talk healthcare policy, the promise of a national patient identifier, EHRs, data access and integration in a lively, insightful chat about everything healthcare. On why the U.S. health system feels like a casino: “We don’t really know what it is going to cost. We don’t know what the diagnosis will be. We don’t know what the outcome will be. And even beyond these big risks, there is clinical evidence that many of the most expensive conditions to treat, ones like cancer, are the ones that are the result of totally random cell mutation. That happens about 66% of the time.”

On whether a universal or national patient identifier is on the horizon: “Yeah, there’s no system that is perfectly safe but we can do a lot better than social security numbers in the status quo. Other countries are already doing this today. In my own view, patient safety should always trump consumer ignorance of this issue, but it often doesn’t. Most consumers don’t understand the risk at all because they don’t have to access these systems. But about 10 to 14 percent of medical errors are the result of mismatched patient identification.”

On the difference between “universal healthcare” and “universal coverage: “We tend to lump the phrase in with medicare for all, single payer and universal healthcare. The reality is it is distinctly separate. Universal coverage is the right term and is the term that is identified by the World Health Organization. Their definition is pretty good, which is that all people have access to preventative, curative and rehabilitative health services of sufficient quality to be effective while also ensuring that people do not suffer financial hardship when paying for these services. That’s in a nutshell. Now, how you pay for that is what the debate ahead is focused on.”

On why the U.S. has a tiered system for healthcare payments: “If you think about it, the tiering starts with age. We tier by age twice, by age 26 and age 65. We also tier by employment — employer-sponsored insurance. We tier by military service, which is the VA. We tier by heritage, which is the Indian Health Services. We tier by income, which is Medicaid. So we have all these tiers of coverage and even after all those tiers, we still wind up with about 10 percent of the American population that are concerned uninsured. We have eight tiers and then some smaller tiers on top of those and you have to ask yourself, so why do we do this tiering? The only reason that we do tiering in the sense of coverage is to support tiered pricing. It’s the tiered pricing is really at the heart of a system that has been optimized for revenue and profits and not safety and quality.”

Dan Munro is a writer and speaker on the topics of innovation, cybersecurity and policy as they intersect with one of America’s largest industries – healthcare.

Starting as a Forbes Contributor in 2011, Dan has since appeared in a wide range of globally recognized publications including Newsweek, The Huffington Post, Re/Code and many healthcare specific publications both online and in print. His first book – Casino Healthcare – was published in 2016 and he is also a Top Writer on Quora (five consecutive years).

He is also a regular speaker at leading industry events including CES, RSNA, AHIP, SAS Healthcare, Techonomy Health, and via online events hosted by industry sponsors like Dell, Xerox, and TEDMED.

Dan graduated from the International School of Brussels before completing undergraduate degrees in both Computer Science and Communications (with a minor in Journalism).

As CTO, Travis leads Datica’s engineering team. His background in compliance, security, and cloud infrastructure gives him technical expertise that, when paired with his experiences as an MD, allows for a unique view on the challenges of healthcare.

Richard Milani, MD: How Innovators Can Improve The Clinical Experience For Patients 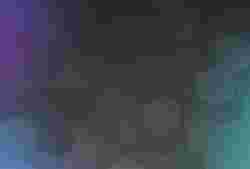 HIPAA legislation is ever-evolving and although it may seem complicated and tedious, yet, it is imperative that everyone is in compliance. Here’s everything we know about HIPAA.