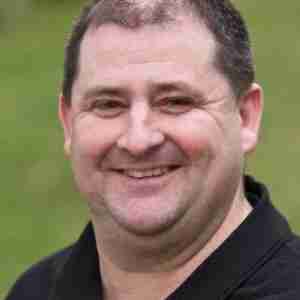 The Healthcare Innovators Podcast is proud to connect you with Grahame Grieve, Product Director of FHIR for HL7. Grahame hails from Melbourne, Australia and has come to be industry known as the “Father of FHIR.” Before creating the Fast Healthcare Interoperability Resources, he spent years working with the HL7 standards that assist in transferring clinical and administrative data between software applications. Today, we’ll learn a bit more about the background of FHIR and why healthcare subdomains are attracted to the FHIR standard. This is first in a three-part interview series around the FHIR standard and one that will leave you laughing as Grieve shares his favorite answer to what FHIR stands for.

On which subdomain is expressing the most Interest: “The one that is getting the most focus and attraction right now is EHRs. We have projects in multiple countries, particularly in the USA, to provide open EHR access to data. That’s primarily the highest profile work that we have going, but everybody’s working relatively hard.”

On the origin of naming FHIR: “I’m very happy to say it wasn’t my idea. Once it became clear that we had a working standard, I just called resources for help because I’m a boring kind of techie geek. I just called it what it was. Then the marketing committee at HL7 looked at it and said, ‘if you want this to be a big deal, you’ve got to give it a funny name, so people can play with the name.’ They banged it around and came up with the FHIR name.”

On a favorite FHIR acronym twist: “I’ve heard them all, but there are always new ones, as well as puns on the FHIR as part of the name. There’s also a whole series of jokes around what the latest F-H-I-R actually stands for. My personal favorite is: ‘Fixing HL7’s International Reputation’.”

**On FHIR current pilots: ** “At the moment, we have prototypes and pilot projects in many countries in the world, in many domains. Some are high profile projects; some are under the radar projects. My focus is now on scaling up the community, because that’s where our focus needs to be, because we are getting more and more implementations. In the next five years, FHIR will transition from being the next greatest thing to what everybody does, and becoming boring, in fact.”

On the advantage of FHIR: “One of the architectural advantages of FHIR versus other healthcare data exchange processes is that we leverage the Web.”

**On high-profile hacks: ** “Given the number of high profile identity hacks we’ve had this year, and those are only the reported ones, I think that we should stop assuming that there is any security around people’s fundamental identification and the same should apply to their health. Instead of regarding that as necessary to secure, I think society will be forced to move to a world where everybody’s information is open, and the social consequences aren’t there.”

After the interview, read more about the FHIR standard here, and don’t miss parts two and three of our interview series with Grahame.

Grahame Grieve specializes in healthcare interoperability, balancing clinical, management and business perspectives, using his deep technical knowledge and capability. Prior to his Healthcare Intersections consultant business, he was the CTO for Kestral Computing P/L, where he provided leadership in development methodology, strategic technologies, enterprise architecture, standards and interoperability. Grahame also conceived, developed and sold interoperability and clinical document solutions and products. As part of his work, he became deeply involved in healthcare standards, principally HL7 and ISO. For nearly a decade, he has used committee chair positions and editorship of key structural standards to lead convergence between US and European standards organizations.

Additionally, Grahame is involved in a variety of open source industry consortiums, such as Open Healthcare Framework, Open Health Tools and the Indy Project.

Mohan is an engineer by training, passionate about healthcare, data and technology. He is a firm believer in “connecting the dots.” He co-founded Datica with Travis to help bring change to healthcare, and spent four years guiding the company before moving onto new opportunities.

Mohan moved into multi-platform development after seeing first-hand the challenges of an emerging mobile economy. He is a YCombinator Summer 2012 alum. He has presented at various HIMSS and AHIP sessions, and is a noted speaker about compliance at healthcare events.

EHR systems are the hub of clinical data and clinical workflows in healthcare today making EHR integrations, like HL7 and FHIR, an essential driver of healthcare transformation. We break it down for you here.